These are the best AI story generator tools in 2023 to write creative stories, navel, and fictions.

Shortly AI is the best AI generator online that doesn’t bound you in word limits. It lets you create compelling and original stories fast. 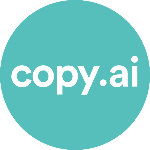 CopyAI is a great AI story writing assistant and can write 90 types of content easily. You can write creative stories, ad copies, blog posts, and more with it.

We are reader-supported. When you buy through links on our site, we may earn an affiliate commission.

If you’re a fiction writer you already know the challenge to find interesting ideas for your next stories and novel.

Storytelling we do naturally. We tell stories about our lives, our families, our loves, our work, our failures and even about our pets.

But what happens when you want to write a story?

There are many ways to write stories. Some involve writing down random words and seeing where it takes you. Otherwise you can take the help of an AI story writing assistant to do the research and create content for you.

There are many AI story writing generators online which can write stories for you or come up with cool novel topics.

In this article, I have ranked and reviewed five best AI story generator tools online that you can use to write compelling stories.

What Are the Best AI Story Generator Tools?

Jasper AI is the most powerful AI story generator for authors. The GPT-3 powered AI writer uses artificial intelligence and NLP to generate human-like text including short stories, novels, and even books.

The best part? You don’t need to know anything about writing or storytelling to use it. Just tell it what you want it to do, and let it take care of the rest.

So make sure to check out this amazing tool from here. 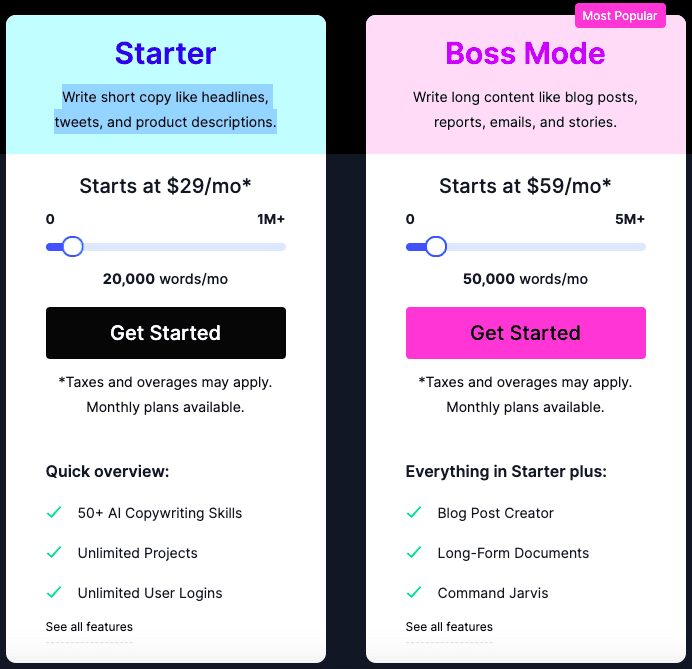 Looking for a free trial of Jasper? Try the link below to use Jasper tool FREE for 5 days with 10,000 word credits.

If you’re not satisfied with Jasper AI’s performance, you can get a full refund within 5 days. Check out this Jasper AI review to learn more about Jasper AI.

Shortly AI is the best AI story generator tool with no word limits.

This online novel AI software allows you to choose from different templates and gives you unlimited usage of words.

With ShortlyAI you can write creative stories, novels, horror tales, and other types of content without worrying about the credit limits.

Shortly AI will automatically generate a creative story based on the text you provide.

You’ll also receive feedback on whether your story is good enough or needs improvement. So, you can keep tweaking it until you get a perfect story.

So, why wait anymore? Sign up today and start creating amazing stories!

Here are some amazing features of Shortly AI writing assistant: 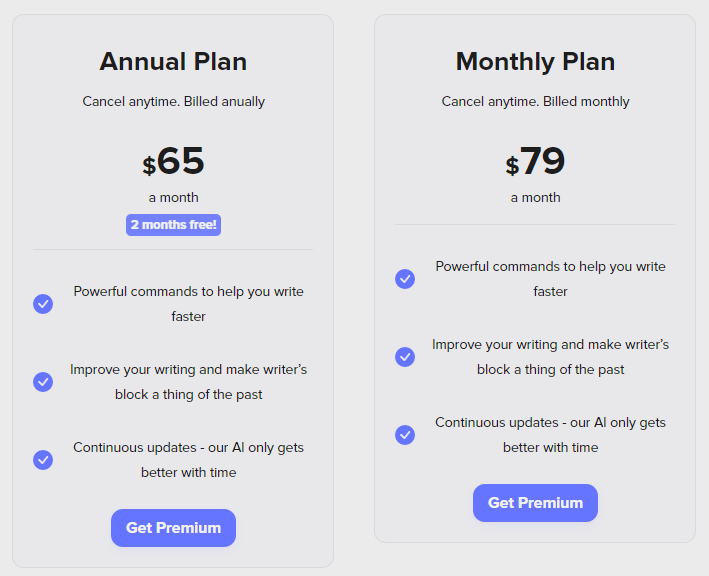 What else are you waiting for? Use the following link to try ShortlyAI today!

Rytr is another popular AI writing app that lets you easily generate great content. With Rytr automatic short story generator you can create some great content without investing a lot of time.

The feature that makes it different from other AI story generator software is – it is the only AI story writer that lets you create content in Hindi.

You can check out this Rytr review to learn more about this tool.

Copy AI is one of the best short story generators with specific words that helps writers generate interesting stories and copy automatically.

You no longer need to worry about coming up with great headlines, descriptions, or ads because Copy.ai does everything for you.

Once you’re done creating the content, you can preview it and edit it as needed. If you don’t like something, just change it and preview again.

This way, you can make sure that everything looks good. After you’re satisfied with the final version, you can save it for use.

You can also upload your content to social media sites directly from Copy AI. Let your audience know what you wrote today by sharing the link to your content.

Also Read: Jasper Ai vs Copy Ai – Which One is Best for Writing?

The AI story writer is trained with an AI model that quickly adopts your inputs, moods, and style to produce creative content that your audience likes. Moreover, by using the AI modules, you can create your own theme or replicate famous story writers’ writing style.

Whether you’re a hobby writer or a professional one, NovelAI will fuel up your mind with creativity with its real literature trained AI models. The UI of the NovelAi is eye pleasing and will let you play with your words.

Overall, NovelAI is the best AI novel writing software that can bring out your real fanfiction writer inside out. Since it offers a free trial, then there is no harm checking it out.

AI-writer is another best story writing AI tool that lets you create content from just headlines. This AI writing software allows you to create any type of content including blog posts, SEO-friendly text, and unique original content.

Using AI-Writer you can create a full content draft in minutes.

You’ll never have to worry about creating quality content again because it takes care of everything for you.

Here are some of the features of AI-writer:

ClosersCopy is another amazing Ai story writing tool that kills writer’s block and lets you write amazing content in a few minutes.

With ClosersCopy you can write long-form stories, novels, headlines, songs, eBooks, and more with ease. Its powerful framework lets you choose the type of content you want to generate with it.

Moreover, if you want to write SEO optimized content for your blog or website, then ClosersCopy is worth checking out.

Overall, CloserCopy is an easy to use AI short story maker that can reduce your writing efforts.

What is an AI Story Generator?

An AI story generator is an Artificial Intelligence-powered tool that helps writers/storytellers to come up with ideas for new stories or novels, and creates those stories automatically.

These tools are trained with artificial intelligence, machine learning, and other algorithms that take inputs from users and generate new story ideas.

The natural language processing analyzes data from previous story prompts and generates new story concepts according to that.

How Do AI Story Generators Work?

A recent study found that people who read stories generated by AI were just as engaged as those who read traditional stories. This is likely because the plot of a story is not as important as we think it is.

The characters, setting, and other elements are what really matter to readers. As long as these elements are well-developed, readers will be satisfied with the story, regardless of how it was created.

AI story generators use machine language and artificial intelligence to translate written input into longer texts like stories, novels, etc., and then output those texts.

Usually, you’ll provide some sort of prompt (text) relevant to the story idea you’re trying to write about. Then, the AI story generator will generate the relevant text for you.

You can choose what type of story you want to write, such as a short story, novel, screenplay, song, poem, etc.

Here’s how it works:

A writer provides a few keywords or phrases corresponding to the story he wants to write about.

For example, let’s say we want to write a short story about a person named “Jhonson .” We might ask the AI story generator software questions like:

We could ask similar questions about our main character, and the AI story generators will start writing content for you.

Should You Use AI Story Writing Software?

AI software is getting better and better at writing stories, but there are still some things that it can’t do. For example, AI-written stories lack originality and tend to be formulaic. They also often contain errors that a human writer would catch.

So, if you’re looking for something truly unique or error-free, you’re better off sticking with a human writer. But if you want a large volume of content quickly, AI story writing software can be a helpful tool.

Additionally, there are also potential drawbacks that you should be aware of before making the decision to use this type of software. These include a loss of control over your story, possible errors in the generated text, and a lack of creativity.

Ultimately, whether or not you decide to use AI story writing software is up to you and what you feel comfortable with.

What are AI Story Generator Tools?

This allows you to generate unique stories based on keywords entered into the system. You can use it to produce short stories and even full length novels.

The AI Story Generator tools work by analyzing text and determining what words and phrases are most relevant.

What are the Benefits of Using AI Story Generator Tools?

AI story generators are like a virtual assistant for writers. These tools are able to generate high quality content based on keywords and phrases. This makes it possible for you to save a lot of time you spent coming up with your own material. Also, you can use them to write compelling and engaging stories for your audience.

Which One is the Best AI Story Generator Tools?

If you’re looking for an AI story generator tool that can help you create captivating and interesting stories, then I’d recommend trying Jasper Ai.

However, other tools on our list also do a pretty decent job. Each tool has its own unique features and benefits that can help you create a well-written story. We hope you found this article helpful in your search for the best AI story generator tool.

AI has made it possible for machines to create works of art, including poetry, dialogues, and songs. While some people may be concerned that AI will replace human creativity, there is no need to worry. Instead, we should embrace the fact that AI can help us create new and exciting works of art. If you’re interested in learning more about how AI can write poetry or creating your own AI-created work of art, check out our website today.

What is an AI Story Generator?

An AI story generator is a computer program that writes stories based on input from a user. The program uses artificial intelligence to create a story that is interesting and captivating. There are many different types of AI story generators available, and they can be used for a variety of purposes. If you’re looking for an interesting way to generate ideas for your next project, try using an AI story generator. You may be surprised at the results!

If you’re still doubtful about using AI story generator tools, I totally get it.

You might be thinking, “How can a machine know what kind of stories I want to write?” or “Won’t the results just sound like gibberish?”.

But I can assure you, these machines are getting smarter every day and they can save you a lot of time and increase your productivity.

Out of all the AI writing tools out there, Jasper is my favorite because it offers the most helpful features for fiction writers.

So if you’re ready to try out an AI writer, give Jasper a go.

And, then let me know which AI story generator tool you used first and how it went in the comments below!

At Curious Blogger you will only find the actionable blogging tips, strategies, and techniques that helps you grow.